In a post on this website dated 19 September 2018, we reported on what was at the time only the third record of a ringed Curlew moving between UK and Poland. The bird had been colour-ringed on the Usk estuary in south Wales in January 2016 and photographed on its breeding ground in eastern Poland by the excellent Curlew breeding project run there by Dominik Krupiński and his team. Since then we have had much more information from Dominik about the Polish project (see second post of 19 September 2018), and at least half a dozen of the Curlews marked in Poland with colour rings and satellite tags have turned up in winter in southern England and on the Atlantic coast of France. So there are more exchanges between UK and Poland than we originally thought!

Recently we have had more reports from Poland, which provide background to the brilliant work on Curlews being carried on there. (They too are restricted in their movement by coronavirus, but teams of two are allowed out into the field together). The bird ringed on the Usk in winter 2016 has returned to Trzyrzecze in eastern Poland in spring 2020, as illustrated in the stunning photograph below. 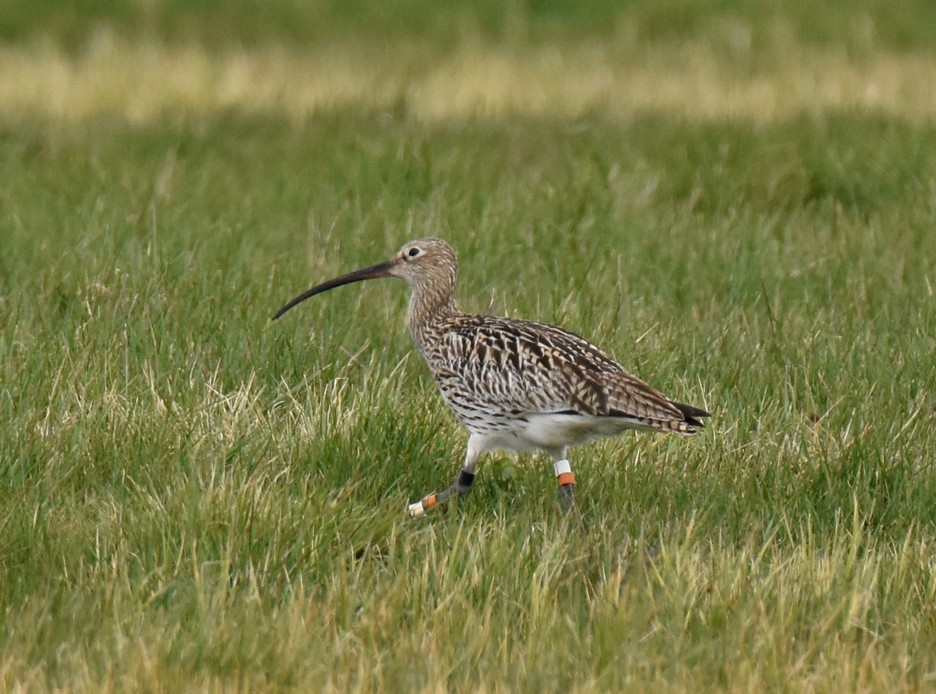 Since being ringed on the Usk estuary below Newport this male has been identified at Trzyrzecze, twice in April 2018, then three times March 2019. It was resighted twice by Chris Wells in October 2019, back on its wintering grounds on the Usk (within a few yards of the ringing site). And it was at Trzyrzecze again on 26 April 2020. So, ample evidence of site fidelity!

Dominik comments: “This year we have extreme drought! There was no snow in winter and no rain in March and April. Another problem is the extreme density of the fox (look at the pictures below). You will want to protect as many nests with electric fences as possible.” 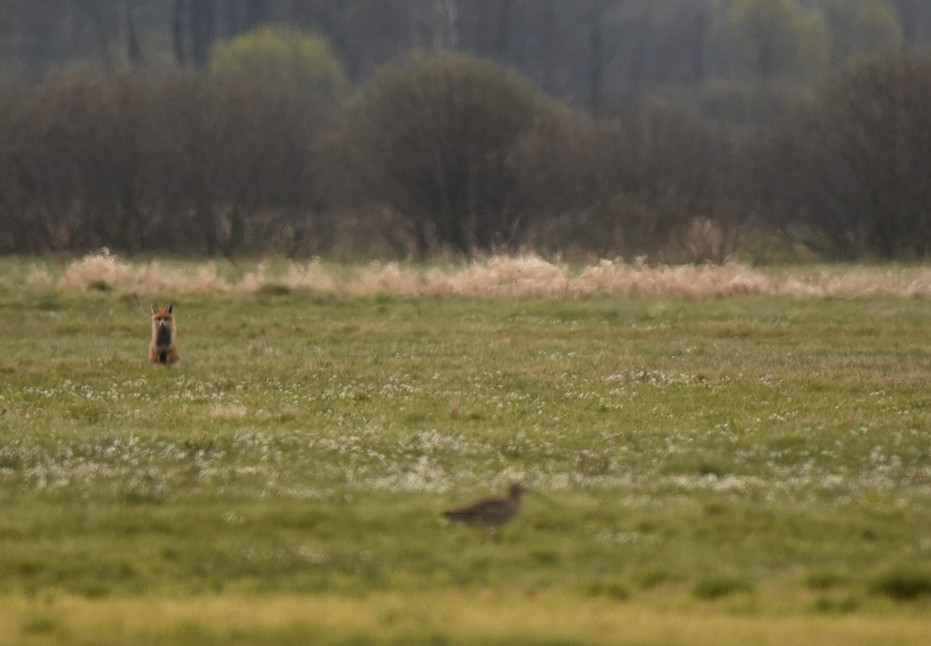 The Polish project also raises chicks in an aviary. Dominik comments on the picture below: “The female with flag H16 is our first breeding bird from aviary breeding. This bird was released in 2017”.